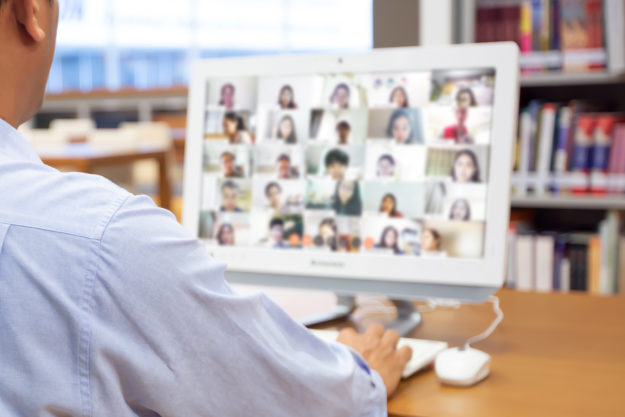 Microsoft Teams is About To Get EVEN Better!

is adding new meeting and webinar capabilities to its  collaboration tool. Microsoft Teams Pro will include webinar registration and reporting functionalities which will allow organizers to use event registration with automated emails – both before an event starts (as a reminder) and following the webinar. With Microsoft Teams Pro, event organizers will have the capability to view detailed analytics on a dashboard afterwards. Teams Pro will also include a Dynamic view, as well as other meeting options. Also included will be meeting intelligence. Since Microsoft has not released specific details about Teams Pro, it is still unclear exactly what “meeting option” entails. For the time being, it is anyone’s guess as to what these “meeting intelligence” features are.

Webinars are gaining more popularity as in-person events have been sidelined for 2020 and likely most of 2021. Microsoft Team Pro is making it easier than ever to engage with audiences remotely.

The addition of Teams Pro could cause significant blowback to other webinar hosting platforms, such as Go To Webinar and Adobe Connect. The added integration of Microsoft Teams and the suite of productivity apps such as  and  could make this a very viable alternative for users already invested in using Microsoft Teams.

The specifics of Microsoft’s Teams Pro application have not been revealed yet and will be announced at the , that will take place March 2-4, 2021. Microsoft has announced that there will be no additional charge for Teams Pro features. We do know that certain Microsoft 365 licenses will soon get access to Teams Pro. The new capabilities will be available to users with E3, E5, A3, A5, Business Standard, and Business Basic plans in mid-March.

Microsoft is continually improving Teams. In October 2020, – in their continual battle to beat Zoom in the video conferencing space. Microsoft does enable users currently to utilize Teams for webinars using “Live Events,” but the addition of Microsoft Teams Pro will make the experience more user friendly for those who want to use the collaboration tool for webinars.  At , we recently switched to Teams to host our webinars and we wrote a two part series about managing and marketing Teams Live Events. Click here to read  of this series. Click here to read  of this series. In addition, we have also written a blog about .

So as you see, Microsoft Teams is much more than a chatting platform. . If you are not already using this powerful collaboration tool, . We have firsthand experience in using Microsoft Teams, as we have been using the app since 2016. Let us help you plan your Teams deployment.

This site uses Akismet to reduce spam. Learn how your comment data is processed.