You’d be surprised at how much more you can accomplish when you’re not talking.

We’ve all attended meetings--it’s a necessary part of the job. Yet, have you ever been in a meeting discussing your CRM system, and no one can stop talking? Someone wants to discuss how to improve data tracking, while someone else wants to focus on contact management. Team leaders or managers might try to steer the conversation back on track, but everyone keeps talking.

I’ve been in a number of meetings where this exact scenario played out. Heck, I’ve even been the one that’s been talking too much. After leaving a meeting like this, I’ve gone back to my desk, frustrated and a little annoyed that nothing got done. All we did was talk--and talk and talk and talk. Maybe we were all trying to show that we deserved our job title or wanted to make sure we were on the list for a big promotion. Whatever the reason, we were all too busy talking to accomplish anything.

after spending years in the professional world,

I’ve realized these meetings aren’t a complete waste of time.

And that’s thanks to the quiet ones."

And no, I’m not referring to the weird character in a scary movie who reveals himself as the killer. Rather, these are the people who go unnoticed during meetings. They sit quietly in meetings, watching the room fill with noise and observe. They may even be known as ‘the quiet guy’ around the office--the one notorious for never talking during a meeting.

While you may think that these individuals don’t speak because they don’t have anything to contribute or are too intimidated to speak up, this couldn’t be further from the truth. They’re thinking. They’re taking in information from the room, coming up with action items, and learning. These incredible quiet creatures do all this without uttering a word.

I’ve always been curious about these individuals, eager to know what their take is on whatever we’re talking about. But these quiet people don’t waste their words--they save them for a fortunate few.

As I’ve worked more closely with these individuals, I’ve changed how I react in meetings. Instead of jumping in and contributing to the throng of voices, I keep quiet and listen. I’m a long way from perfecting this skill, but already I’ve seen great results.

How many times have you sat in a meeting to discuss problems within a team or process pain points and felt ignored? Many problems in a professional setting come from a lack of listening. Managers are overly eager to come up with a solution that they layout in a too-long PowerPoint or team members spend too long discussing their problems that they don’t give anyone a chance to present a solution.

The endless talking happens for a number of reasons: managers eager to show they’re worthy of their job title or showcase their leadership skills, employees anxious to show off their communication skills to bump themselves upon the promotion list, over-inflated egos, and more. But perhaps the biggest reason is to look smart. Where the idea that the smartest person in the room is the one that talks the most came from, I don’t know.

I’ve found that the opposite is true. The people who sit quietly and take in all the chatter are incredibly smart. Think about how much these people learned or the action items they created while we were all too busy talking.

Even after the meeting ends and many of us linger, anxious to talk more, the quiet ones head back to their desk, ready to get started on their next action item or to further process all the information that was just presented.

"That’s one of the characteristics of quiet people:

they act instead of talk."

Seeing the results that these silent creatures produce has changed my opinion. I’ve realized that the person who spent the entire meeting talking doesn’t know as much as they think they do. They put on a good show, sure. But the person who never said a word actually knows so much more than the rest of us.

When the time comes that these quiet creatures do have to speak up, it’s an incredible sight. Rather than reference a very detailed spreadsheet, repeat a lengthy conversation with a customer or an email chain between a customer and themselves, they say what they need to say, then shut up.

That’s the mindset I’m working towards but  I am a long way from perfect: make your point in as little words as possible, then listen.

Already, I’ve found that I’ve learned more by listening and observing. Additionally, I’ve picked up on what people aren’t saying, which is equally as important.

Intelligent People are Focused on Listening

Focusing on listening instead of talking has, for me, been a game-changer. Primarily because I’ve been able to learn so much more about our customers, processes, and the market by listening to what others have to say rather than showing off my own knowledge.

I’ve had some practice with this throughout the years, beginning with my first job after graduating college. I accepted a job as a content writer with a large software company days after graduating. However, I was concerned about my lack of technological knowledge and was concerned about how well I could do this job. Not one to shy away from a challenge (or the salary for that matter), I accepted.

However, I quickly became known as being “the quiet one” on the team because I rarely, if ever, spoke during team or company meetings. At first, this was because I was afraid of coming off as stupid because I didn’t know much about the technology. Over time, I was able to learn more about our company’s software stack, how our business operated, and what our customers were interested in--all because I focused on listening.

Enough of tooting my own horn though. I also heard an example of someone who used the art of listening to accelerate his career path and attend a meeting with the founders of Google.

Simply by offering to take notes, he gained a wealth of knowledge that allowed him to stay ahead of his competition and accelerated his career. That skill was what earned him a seat in a meeting with the two men who created Google.

I can only imagine what this man learned from these two professionals and how valuable that information is to him now. And how did he do it? He listened.

Now when I walk into a meeting, I’m focused on observing rather than adding my voice to an already noisy room. This small change has accelerated my own learning dramatically.

While this change is small, it takes time to master--I’m a long way from it like I’ve said. However, it’s not impossible to do. Rather than allowing your pride, ego, or job title take over in meetings, reign it in. Swallow your words and listen. Not only will your knowledge increase, but so will your productivity. You’ll have a list of things that need to be done rather than having to call yet another meeting to discuss action items.

A final warning I’ll leave you with: have the self-discipline to know when to talk and when to listen. Don’t become known as the guy who can’t stop talking (both in and out of meetings) because you’re actually hurting your career.

Look for the quiet ones around your office. Watch how they work. Pay attention to when they do speak up and follow their example. Again, you’d be surprised at how much more you can accomplish simply by staying quiet.

For more articles on effective meetings, check out these:

JourneyTEAM was recently awarded  and the Microsoft Eagle Crystal trophy as a top 5 partner for Dynamics 365 Business Central software implementations. Our team has a proven track record with successful Microsoft technology implementations and wants you to get the most out of your organization’s intranet system. Consolidating your communication, collaboration, and productivity platform with Microsoft will save time and money for your organization. ! 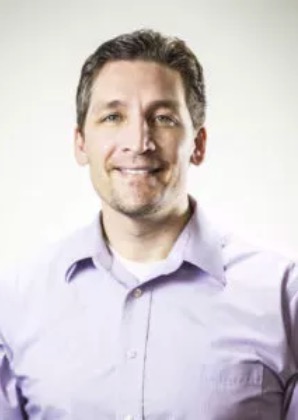 JourneyTEAM is an award-winning consulting firm with proven technology and measurable results. They take Microsoft products; Dynamics 365, SharePoint intranet, Office 365, Azure, CRM, GP, NAV, SL, AX, and modify them to work for you. The team has expert level, Microsoft Gold certified consultants that dive deep into the dynamics of your organization and solve complex issues. They have solutions for sales, marketing, productivity, collaboration, analytics, accounting, security and more.