In this article, we are going to take a glance at the user experience refresh coming in the July 2017 release of Dynamics 365.

Dynamics CRM 2013 introduced a redesigned User Experience including simplified navigation, flat user interface and a new form model with an optimized layout. While the updated User Experience provided an efficient single window interface that was much more intuitive than the CRM 2011 interface, there is always room for improvement.

Below is a summary of the top user requests that are being addressed in this release of Dynamics 365:

Too much white space - While some white space is good and in some cases, it helps give emphasis to a content area, we’ve found that in the case of forms and dashboards it negatively impacts the user experience.

Now let’s take a look at the refreshed User Interface that the Dynamics 365 came up with in response to the feedback received.

These new components not only apply to forms, but across the entire application…

This is just one of the many exciting new features or enhancements coming to Dynamics 365 in 2017.  To quote the Beatles : It's getting better all the time 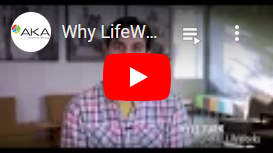